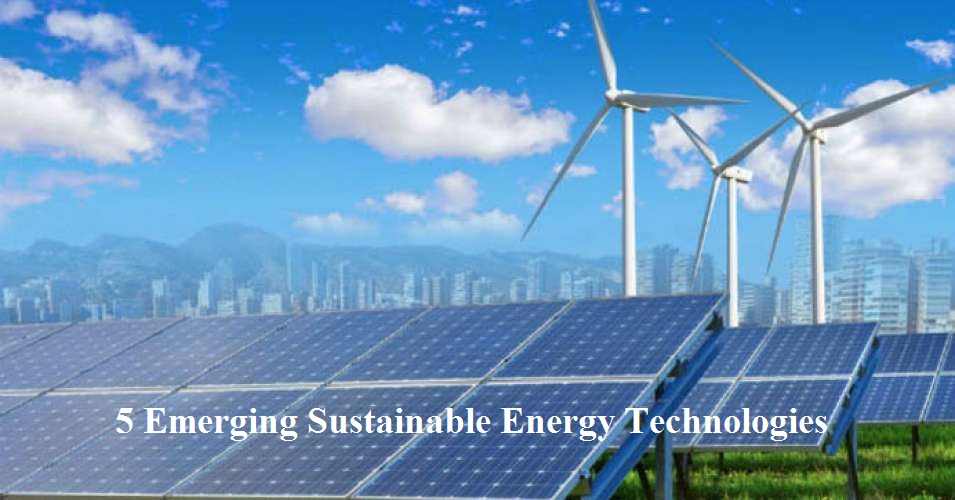 The world is looking towards the sustainable energy sources as their future. The non-renewable sources of energy like coal and petroleum are exhaustible. They can’t be regenerated once you use them. And we have already overused them and created so much pollution around us. Global warming due to increased level of CO2 in the atmosphere is a major threat today. The earth’s temperature has raised leading to the melting of polar ice caps and floods in coastal areas. As a result of all these mess we have created, the solution we are left behind with is the use of renewable sources of energy. Even energy expert like Douglas Healy once said that only sustainable energies can bring back the damaged ecosystem.

The energy sources which are inexhaustible and can be used again and again are known as renewable sources of energy. For example- solar, wind, water, biomass, etc. There have been major developments in the sustainable energy technologies and is one of the strongest emerging industries currently. In this write up, we will focus on 5 such emerging sustainable energy technologies.

A French civil engineering company Colas found a unique way of tapping the sun’s energy to generate electricity. Wattway which is a pavement material is applied directly on the existing road. 20m2 of such panels can generate enough electricity to power a single home. The pilot project of Wattway called ‘The Ray’ was first tested on a 29km stretch of road in Georgia, USA. There is another possibility of using the energy to wirelessly charge electric vehicles that travel through the highway.

We have heard about wind farms where wind turbines are put up to tap wind energy. Huge investment is required in setting up wind farms plus there may be opposition from the local people who are displaced from their area to set up the farm. The great news is that there are other ways to tap wind energy also such as Kitenergy. Kitenergy is cheaper and better where a kite is linked to the ground by two ropes. Rotating mechanism and generators on the ground are used where the traction forces act on the wing ropes which is then converted into electrical power. The kites are put up at the height of around 800-1000m because the winds are stronger and more constant at higher altitudes. Also the kite at such a height will not be seen in the sky.

Rio de Janeiro in Brazil is famous for its love for football. The children living in slums there couldn’t play after dark because they had no money to pay for floodlights. Laurence Kemball-Cook who is a British engineer took notice of this issue and presented a solution. He converted the footsteps of the players into electricity. Sounds interesting and yes it is. As the children ran on the pitch, their kinetic energy was absorbed in the 200 tiles of the surface. This energy was then stored in batteries and later used to illuminate the field.

This pilot project was carried out by Kemball-Cook’s company, Pavegenwhich produces kinetic tiles. They have successfully completed over 150 projects globally using this method, including train stations, shopping centres, airports and other public spaces. The energy was also harvested from runners of the Paris Marathon.

Our smart wearables such as fitness trackers, watches, and smart jewelleries, etc. need to be charged. A team of researchers from North Carolina State University has developed a technique to generate energy through these wearables only. A layer of thermally conductive material is applied which rests on the skin and there is a polymer layer which prevents the heat from dissipating through to the outside air. This way the heat of the body is trapped which is then allowed to pass through a thermoelectric generator that is embedded in the clothing. Energy up to 20 µW/cm² van be generated which is enough to power the wearable.

A team of researchers from New Jersey’s Stevens Institute of Technology has developed a promising way of producing energy from natural resource. They used 3D printer to draw branched patterns onto the caps of living mushrooms using electronic ink combined with bio-ink. Then, light ray was shown on the spiral pattern of the ink which led the bacteria to photosynthesize. This produced electrons and formed a conductive network. However, a single mushroom doesn’t produce much energy but several mushrooms can. The technology is still in its nascent stage and requires further development.

The share of renewable energy sources in meeting the energy demand of the world is expected to grow by one-fifth in the next five years to reach to 12.4% in 2023. Wind, solar and water are leading the charge but with the passage of time new technologies in the field are also emerging.

You may also like: How to disable the Tumblr Safe Mode? Here’s how!