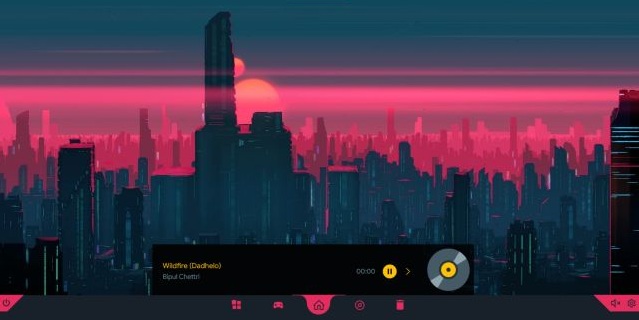 Finding the best Rainmeter skin for a gamer is not a difficult task as there are thousands of attractive and smart looking skins available in the open-source community. The majority of the skins are designed by gamers, casual developers, and professional designers, who were missing a couple of things in the existing packages available in the online market.

Rainmeter open-source repository enables the users & developers around the world to add flavor to the skins. Fortunately, we have witnessed thousands of skins available on the internet, but it is hard to take time and filter them out. In such a case, we have taken a closer look at the available skins from the store and brought you innovative, meaningful, and gamer-oriented skins for you.

What is Rainmeter & skins?

Rainmeter is an open-source Windows customization solution that enables the administrators to make changes to the traditional desktop interface. If you are bored by traditional cosmetics, then you can make changes to it at an expense of minimal hardware resources. Of course, it is not recommended for low-end machines, but it works flawlessly on modern machines with decent specifications on the paper.

Rainmeters skins don’t consume a lot of CPU + RAM and it is one of the contributing reasons, why it is popular around the world. You can make your desktop looks stunning, different, and appealing compared to similar machines, and it consumes 3% or 4% CPU and less than 20 MB RAM.

No doubt that it makes a major difference for gamers, who have spent thousands of dollars on the setup. Many avid gamers set up an expensive rig and add RBG lights with color customization. However, Windows lacks major functions in “Personalization”  and you end up having a generic-looking interface. As a gamer, we want to have a highly customizable desktop interface to match the setup color & aesthetics.

Rainmeter skins make up for Windows 10 lack of customization functions. We are going to look at skins that will make your setup complete, and eliminate traditional desktop design.

Are you an FPS gamer like myself? You might be playing CS: GO for years, and Valorant started to make noise in the scene. Yes, Viper Valorant skin will improve your gaming experience, and it will enhance that way you look at the gaming rig. Viper Valorant is a creation of smart implementation of the existing tools.

You need a few things to make it work, and it is a combination of a couple of tools. Let’s start from Visualizer 1 called Monstercat Visualizer and then it is coupled it with  Visualizer 2. The V2 consists of Amatical skin and the developer used  System, Quote, Date, and Time in the process. If you are looking for icons, then it is Honeycomb. You can download the Valorant high-quality wallpaper from the steam community. You have to customize the icons as they are re-designed using Photoshop, and it is nothing but a colour change.

Millions of aggressive gamers love appealing designs, but there are gamers, who prefer calm & minimalist design for the setup. If you are an FPS player, who is looking for minimalist appeal for the desktop, then this is for you. The moveable part in the skin is a visualizer that shows up from the back of the mountain and it is mesmerizing for eyes.

The Rainmeter user has put Monstercat visualizer at work and couple it with Translucent taskbar and TaskbarX. You can use any Time & Date skin for the process as it is a generic one. You can download the background from IMGUR and save RMSKIN from the storage site. As for shortcuts, you can go with Honeycomb as they are easy-to-setup, and compatible with almost every skin in existence.

We have named this skin “Icy Angel” because it is a good combination for gamers, who have a White Blue setup, and focusing on many aesthetics. You have quick shortcuts in form of modern design, and comprehensive real-time network, system, and disk information. Monitor the CPU, RAM usage, network usage, and more within the skin.

You can watch the YouTube video for the instructions and you will find it interesting to set up, and experience the best out of Rainmeter. The video creator also uploaded many similar tutorials for the viewers, and you can check it out for more variations.

The Soul of Snow’s skin has many elements here and the moving part is the snow. You have sprinkles of snow falling from the horizontal way and that makes the desktop look realistic. If your set up consists of purple color, and you want to add multiple combinations, then this is for you.

Check out Dot Visualizer because it has many appealing effects & functions. The skin has a launcher that eliminates the traditional functions. Blooding Days skin is a perfect replacement for old icons and notes. The clock skin is a common one in the game and you can use any clean clock for the process. Soul of snow has dedicated date skin and it adds great value to the visuals. If you want to add the same greeting as Soul of snow, then you can check out the simple greeting element. We cannot miss the Recycle Bin, and have to replace it with Sonder Trash Can skin.

Millions of gamers love Japanese anime, and it reflects in the modern games as well. If you love archery, then we brought Archer that has magnificent FHD wallpaper, long clock, date, day, music visualizer, transparent taskbar, and color-oriented notification bar. An incredible view for the gamers, who wake up in the morning to use the same machine for work and to game later on.

The wallpaper is available on Devianart and make sure to save the ultralight clock app. The user has used Cleartext player for a clean interface and Amatical visualizer for moving bars. As for the snow, you can use Icy Strom V2 skin for the upward effect and the developer used Sonder Rainmeter Skin for system & Bluetooth.

Gaming laptops are a popular choice and it is used by professionals & students for multiple-purpose. Unfortunately, most of the players cannot have such an aggressive desktop interface and use it in public due to a professional image. MacG Skin will maintain elegance, while you are getting rid of the traditional Windows desktop. Imagine this skin on a large & bezel-less display, and that’s how good it is for the users.

Finding the right skin for a gamer is an easy process as there are so many variants to try and customize it. Earth Circuitry is an attractive & modern skin for single-player gamers. The design looks a lot complicated but it isn’t and you can start by adding Boxwello skin. The Robwik skin  makes the overall look much better. It is difficult to make the taskbar transparent and match the theme color, and that’s where you can use transculent skin. As for the clock and time, Linea  comes in handy for it. You can put Mond & Momento for the work, and combine it with wallpaper. The user ensured that you get 4K resolution wallpaper for the desktop, so there is no compromise in quality.

The gaming industry started in 1971 and how can we miss out on the classic & retro game styles? Red City is a hip-hop classic skin that brings back memories of the good old days.

The skin may not look appealing at first glance but it has interesting points like the clock that doesn’t display time, but it tells you about how much time left in percentage.

Add quick shortcuts in Commodore 64 font and edit them with 8bitoperator. Mario was running the game and Contra was shooting games, and bring back retro feeling in the Windows PC.